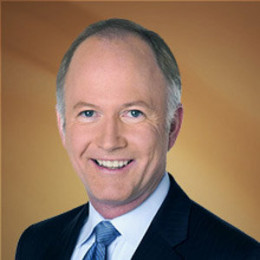 A well-known American journalist and news anchor, Bill Griffeth was one of the founding members of the FNN (Financial News Network). Currently he co-anchors CNBC's "Closing Bell". With almost 30 years experience in business television, he is one of the most respected financial journalists in the country. Griffeth received his bachelor's degree in Journalism in 1980 from California State University, Northridge. He has won the Golden Mike Award from the Radio & Television News Association of Southern California

Bill Griffeth is at the moment married to Cindy Griffeth.  The couple has a stable marriage, and they don't plan to end their marriage with the divorce. Cindy and Bill have two children. Currently, they live in New Jersey where Bill anchors for CNBC. They are highly understanding to each other and respect each others profession so it has been more than twenty-five years that they are in a marital relationship.

Bill tied the knot in 1991 and till now they are sustaining their marital relationship. They are together parents of two children.

The couple was blessed with this son.

She is the only daughter and the second child to this Griffeth family.