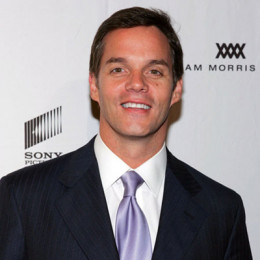 Bill Hemmer is an anchor of television news. He is also a co-host on Fox News Channel of America’s Newsroom.

Bill Hemmer is possibly single at the moment.

Bill Hemmer holds an estimated net worth of $3 million.

He is an American. His father’s name is William R. Hemmer and mother’s name is Georganne M. Knittle. He has graduated from Elder High School. He holds a BA degree in Broadcast journalism from Miami University. When he was in high school he had taken a radio program.

Hemmer was awarded in Elder High School with professional distinction award.  He had been awarded for Centennial Olympic Park bombing in Atlanta on channel CNN with Emmy Award. He has a well-built personality and is good looking too. He has planned a lot for his future also covering important news lately. He is also involved in many different charity programs.