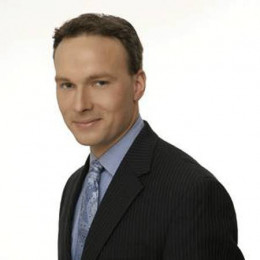 William J. Karins mostly known as "Bill Karnis" is an American meteorologist, working for NBC News and is a Chief Meteorologist of MSNBC and NBC News. With KSNT Topeka, KS, where he started his career as a Meteorologist,Tornado Chaser and Environmental Reporter. During his time at WCTI in New Bern, North Carolina, he reported on Hurricane Bonnie and Hurricanes Bertha and Fran. He attended State University of New York located at Oneonta.

Bill Karins is possibly single at the moment. He is quite secretive about his private life, especially about his relationship things.

Bill Karins made $88k+ from his job as a meteorologist. His net worth might be $1 million, however, the real figure is still under review.

Bill Karins was born on April 14, 1974, in Albany, New York, USA. He is American and belongs to White Ethnicity/Race. He is best known as the employer of NBC.