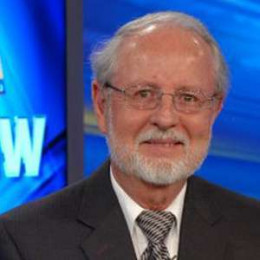 Bill Korbel started forecasting in Air Force as a weather officer before turning to meteorology broadcasting profession. He worked at several military locations outside the state and retired as a Lieutenant Colonel from Air Force Reserve. Bill entered as a full-time employee in the television News 12 Long Island in 1993. He loves golf and is a licensed pilot as well. Bill is married to wife Sharon and lives with her in Merrick but there is not much information about her.