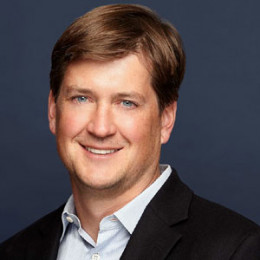 Bill is an American producer, screenwriter, and director, well known as the creator of the series Scrubs, co-creator of Spincity and Cougar Town. Bill Lawrence married actress Christa Miller in 1999. They share three children together, a daughter Charlotte Sarah Lawrence and two sons, William Stoddard Lawrence and Henry Vanduzer Lawrence.

Bill Lawrence was born on 26 December 1968 in Ridgefield, Connecticut, U.S. He graduated from College of William & Mary, where he studied English and was a member of Kappa Alpha Order.

After his graduation, he did his first writing job as a staff writer on the short-lived ABC sitcom Billy. Later he briefly wrote for Boy Meet World, Friends, and The Nanny. In the year 1996, Lawrence wrote another short-lived sitcom Champs.

Lawrence went on to create the single-camera sitcom Scrubs, about the lives of hospital staff. The show was premiered in 2001 and ran for nine seasons in total, seven on NBC and two on ABC.

Later, he co-created the single-camera sitcom Cougar Town, which premiered in 2009 on ABC, with Kevin Biegel. The show is executive produced by series star Courteney Cox and her then-husband David Arquette.

On 21 July 2017, Lawrence was involved in and survived the plane crash on the East River in New York City.

Bill Lawrence earns a huge amount of money from his several careers as a screenwriter, producer, and director. His current net worth is estimated to be $ 150 million.

She was born on 8 June 2000, to Bill Lawrence and Christa Miller.

Henry is the third son of Bill Lawrence and Christa Miller born on 8th October 2006.