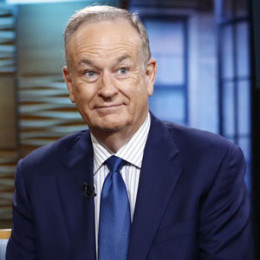 Bill O'Reilly, one of the famous faces in the US media, is a TV presenter, journalist, newspaper columnist and TV anchor. He hosted the popular political statement program, O'Reilly Factor on the Fox News Channel and on 19th April 2017 he was fired from his job. He was let go from Fox Channel after his involvement in different harassment cases. This news flourished throughout the country.

Bill was born on 10th September 1949 in New York City, US with the birth name William James O'Reilly Jr. He was born in a catholic family. Bill did his schooling from the private Catholic School after shifting to Long Island along with his family. He joined Chaminade High School as per her father's wish. After completion of high school, Bill attended Marist College in the US for graduation in arts. During his college, he used to write for the college newspaper.

Moreover, he shifted to Miami after the graduation and started teaching history and English for two years at Monsignor Pace High School. Then he returned and attended Boston University for Master in journalism and began working as a newspaper columnist. He gained second masters' degree in public administration from Kennedy School of Government at Harvard.

Bill's career started as an anchor and reporter in Scranton, Pennsylvania, and included stints at local news stations in Portland, Denver, Dallas, and Boston. In 1980, he was appointed as an anchor at his program and joined CBS as a news correspondent. After that, he joined ABC News and got two Emmy awards and National Headliner Award for his excellence in reporting.

Bill's career took a turnover when Fox channel hired him due to his excellence performance. The channel gave him his show called O'Reilly Report, and later the name was changed to O' Reilly Factor. The interviews and the sharp commentary made his show a number one. His works were appreciated by the audiences and became top shows of US. The TV show was the most rated one with 2.8 million viewers. Bill then began the radio show 'The radio factor,' which was also a hit.

Bill is also the bestselling author and published books like: 'Killing Jesus' and 'Killing Lincoln' that contain the famous assassinations and deaths in history. 'Killing Reagan' published on 22nd September 2015 that gained a huge success and rated the top seller list just a couple of week later.

In spite of his successful career, his personal life is full of controversies. Bill got married with Maureen McPhilmy in 1996 had a daughter Madeline and son Spencer. The couple separated in 2010, and later they legally divorced in 2011. They separated due to Bill’s infidelity. His wife also accused him of harassing her in front of the children.

Bill accused of harassing several women, paid a lot of settlement money for his actions according to The New York Times. His action is totally unexpected from a re-known person, but it's amongst the bitter truth, a respected personality with dirty intention.

Currently, Ben, a fascinating anchor of the world has the net worth of about $85 million. His annual salary in 2016 was estimated to be around $18 million. Bill has a house in Manhasset, NY, on Long Island. According to the public report, Bill bought the five-bed 4631 sq ft for $3million.

Bill O'Reilly and Maureen E. McPhilmy got married on 2nd November 1996. And latterly, got divorced in 2011 as Bill cheated and also harrassed hi wife.

Madeline O'Reilly is the daughter of Bill O'Reilly and Maureen E. McPhilmy. She is now on her teen.

Spencer O'Reilly is the son of Bill O'Reilly and Maureen E. McPhilmy in 2003. His custody is taken by her mother.