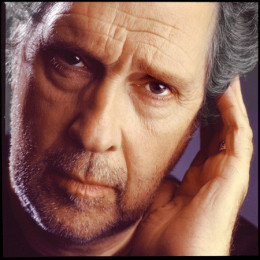 He is a voice actor, author and solo performance artist, best known as the storyteller on Ben Ten, the voice of Flint in TV cartoon G.I. Joe, radio voice on Grand Theft Auto and of Udina on Mass Effect I, II & III. He is a two time winner of "Best of the Hollywood Fringe Festival Extension" and is a contributing author of the book Secrets of Voice-over Success. Details about his educational background and childhood are still unknown.

Till now he has been married only once and with his wife he has raised two children. Details of one child is only available to the source whereas, another one's detail is unknown. The couple is enjoying their marital relation for almost twenty nine years and yet there is no sign of their divorce, as they are happy with each other's presence. He hasn't been a part of any controversial issues yet.

She is the fist and the current wife of Ratner, who by profession is a Set Decorator. The couple is together since 1986.

She is the only child of Bill and his wife, who now is an Actress by profession.