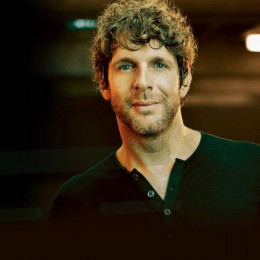 William Matthew Currington Commonly known as "Billy Currington" is an American country singer, best known for his hit singles "Must Be Doin' Somethin' Right" and "People Are Crazy". He has won the Hottest Video of the Year at the 2006 CMT Music Awards for his video "Must Be Doin' Somethin' Right". He is the founder of Global South Relief organization which provides supplies to needy people in Central American countries.

Billy Currington is unmarried and not dating anyone at the moment. He prefers a low profile when it comes to his personal life details.

Previously, Currington might date a few girls but no official confirmation has come about it. Controversy arose when he faced charges of making terroristic threats and mentally abusing of an elder person. After posting a $27,700 bond, he was later released from a Georgia jail.

Billy Currington's estimated net worth is $4.5 million. The main source of earning is from his singing career including stage shows and concerts.

Billy Currington was born on November 19, 1973, in Savannah, Georgia, US. His mother Donna raised him along with his six other siblings: has four sisters and two brothers.