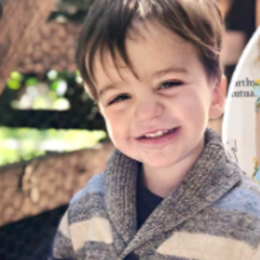 Billy Kimmel is a child who came to the limelight because of his celebrity parents. His father Jimmy Kimmel is a wealthy American comedian, producer, actor, and writer. Billy's mother Molly McNearney is a producer known for Murder Mystery and Jimmy Kimmel Live.

Billy Kimmel was born on April 21, 2017, to Jimmy Kimmel and Molly McNearney. He was born with a heart condition that requires him to have at least three open-heart surgeries in his life. One of his surgeries was done already hours after his birth when the condition was discovered. 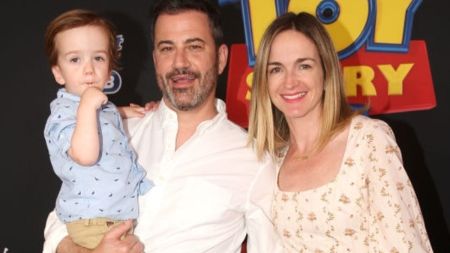 They are parents to two children namely Jane Kimmel and son William John "Billy" Kimmel. The couple's first child, a daughter was born on July 10, 2014, while the second one arrived three years later. In addition to that, Jimmy and Molly have a big, blended family, including two children from his previous relationship, Katie and Kevin Kimmel.

How did Jimmy Kimmel and Molly McNearney Meet?

Kimmel and McNearney met at work. During an interview with Glamour, McNearney said Kimmel insulted her when the executive producer told him she competed in triathlons. 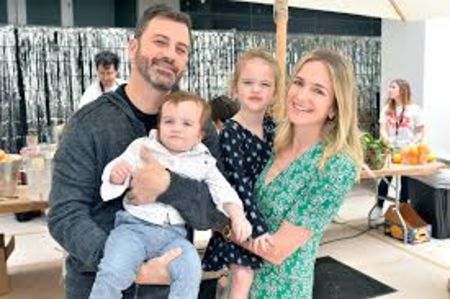 Jimmy looked up at her and said that they were really stupid! What a waste of time! "The first and only thing he probably said to me the entire first year of working there." Kimmel never even fathomed they'd be together romantically since the two were in relationships with other people.

Net Worth and Riches of Billy Kimmel

Jimmy Kimmel is not the highest paid of the late-night guys, but he pulls down anywhere between $35 million and $45 million. He receives a salary of $15 million for his show Jimmy Kimmel Live.

The Richest claims Jimmy Kimmel's annual salary has risen considerably from $1.75 in 2003 to $6 million in 2009. Per Town & Country, his Oscar salary was a mere $15,000. Billy's mother has been a co-head writer for Jimmy Kimmel Live. Molly is not that rich as her husband, however, she still makes big bucks from her job.