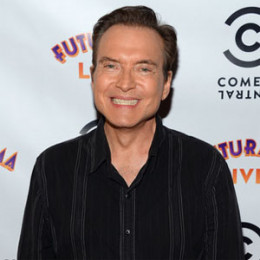 American voice actor, Billy West is popular for his voice-over work in many series including films and video games. He was the announcer of the program Screen Gems Network which ran from 1999 to 2001. Billy appeared on Ken Reid's TV Guidance Counselor Podcast on 30th January 2015. He is also a cast member on "The Howard Stern Show," noted for his impersonation of "The Three Stooges" Larry Fine.

Billy West married Violet West. Besides voice acting, he is known as the guitarist and singer-songwriter with a band entitled 'Billy West and The Grief Counselors'. On 9th June 2009, West appeared on Jackie Martling's Jackie's Joke Hunt on Stern's satellite radio channel 'Howard 101'. West provides the voice for the elephant/van Ellyvan in the Playhouse Disney show entitled "Jungle Junction".

Popular voice actor ‘Billy West’ was born on April 16, 1952, in the USA. His birth name is William Richard West who belongs to the white ethnicity and holds American nationality

West started his career as a performer in ‘The Big Mattress’ show. Later he appeared in many shows but he got the real taste of success after he moved to Los Angeles.

Billy west is popular for his voice over hundreds of television series, films, video games, and commercials. In 1996 he provides the voice of two characters in the movie named ‘Space Jam’ which was well appreciated by critics and audience.

West’s two high profile shows ‘Doug’ and ‘The Ren &stimpy show’ were first original cartoons aired on Nicktoons. He has become one of the few voice actors who can imitate the others in the most ironic way. He has been the voice for several cartoons like; ‘Invader Zim’, ‘The Looney Tunes Show’, ‘Jungle Junction’ and much more.

He is a guitarist and singer too. He has his own band called ‘Billy West and The Grief Counselor’ which is quite popular

‘The Ren & Stimpy show’ helped Billy to gain popularity as a voice actor. He wins an ‘Annie Awards’ for best voice acting for this show.

He provided the voice of Stimpy in the show which was aired on Nickelodeon’s. Later he voices ‘Ren Hoek’ too. The show was aired on TV from 1991 to 1996.

The 64-year-old ‘Billy’ is a married man. He exchanged a vow with his beautiful wife Violet.

He has a horrified childhood because of his abusive father which leads him to chronic depression. He was a drug addict for a long time but now he has given up on drugs and became a vegan.

On October 4, 2006, on ‘The Adam Carolla Show’ West revealed, he was diagnosed with prostate cancer for which he underwent a surgery.

Mr. West is one of the highest paid voice actors in Hollywood with total $35 million dollar net worth.