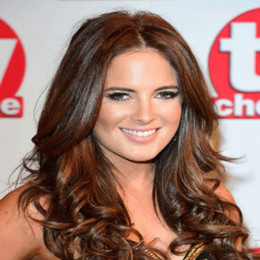 Binky Felstead is a cast member of the reality show named "Made In Chelsea" which has won the BAFTA award. Her actual name is Alexandra Felstead. Binky is the nickname given by her parents. She has got one sister Anna-Louise, and one brother named Ollie.

Further, Binky went to Millfield for schooling. She alongside her friend Spencer Matthews are both original cast members of the show Made in Chelsea. Currently, she has her own line of cosmetics called Binky London.

Talking about her personal life, Binky Felstead is married to her boyfriend turned husband Max Dredrik Darnton with whom he was in a relationship for years. Further, the news regarding their relationship came into the media after it was confirmed that they were together on a romantic trip to Mexico together over the new year period. 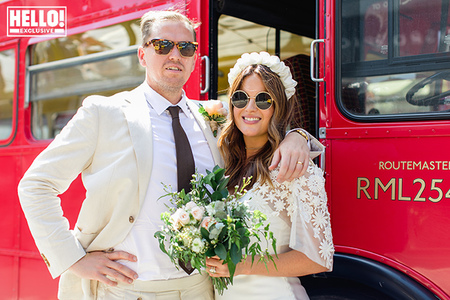 Together they seem to be very happy with each other. Her fans can follow her on her official Twitter account @BinkyFelstead to get more updated on her marriage.

Well, Binky and Max walked down the aisle on 23rd July at Chelsea Old Town Hall in an intimate wedding ceremony attended by co-stars Ollie Locke and his husband Gareth Locke. Darnton popped the question in September 2020. And, the bride looked gorgeous in a white Halfpenny London bridal gown while her groom rocked a suit in a matching color.

However, Binky and her husband Max have also planned a second lavish wedding which is supposed to be held in Corfu during the summer of 2022. Likewise, Felstead and Darnton's wedding plans also include sailing, renting a cliffside venue, and a BBQ at the beach.

Binky Felstead is a Mum of Two

The Made in Chelsea star Binky Felstead is a proud mother of two children. Binky and her husband Max Dredrik Darnton are parents to a son named Wulfric Darnton whom they welcomed in June 2021. 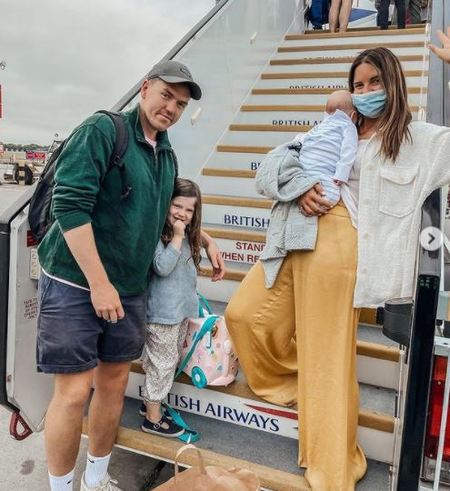 Indeed Binky gave birth to her son just seven weeks before she wed her husband. Not to mention, Max is also grateful to be a step-father to Binky's child from her past relationship with ex-boyfriend Joshua Patterson.

Well, Binky is a mother to an elder child, a daughter named India Patterson who served as the flower girl at her intimate home wedding. Not to mention, India is super happy to be a big sister to her newborn baby brother.

Career & Net Worth of Binky Felstead

Apparently, the casts of Made in Chelsea make no less than £8,000 per season for their appearances. But, Binky who worked on the show for years surely made more than that alongside extra incentives and allowances.

Binky, in addition, also adds more income to her wealth by supporting brands sponsorship. Felstead is also an investor. Not to mention, Felstead also earns through her company called Bloss Life which she co-founded with Steph Desmond. Binky is estimated to hold a net worth of more than $200,000.

Made in Chelsea star Binky Felstead and her husband Max Dredrik Darnton tied the knot in 2021 in a home wedding.

Wulfric Alexander Fredrik Darnton is the second child and the son of TV star Binky Felstead and her husband Max Darnton.