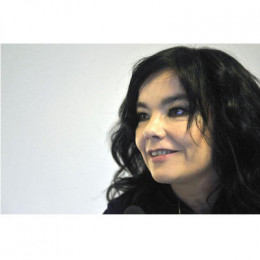 Bjork Guomundsdottir is an Icelandic alternative rock songwriter, singer, producer, multi- instrumentalist and actress as well. Initially she had been known as lead singer of alternative rock band. Her father and mother are Guomundur Gunnarsson and Hildur Runa Hauksdottir. At the age of five Bjork had started studying classical music. She had released her first album when she was 11. When she was teen she had joined several bands. She has very quick sensation of fashion.

Previously, she married to fellow band member, Thor Eldon on 8 June 1986 during her time in Sugarcubes. Blessed with a son named Sindri Eldon Thorsson they divorced shortly after in 1987.

In 2000, she encountered American artist Matthew Barney while promoting Dancer in the Dark. The couple tied the knot shortly after and welcomed their daughter, Isadora Bjarkardottir Barney, on October 3, 2002. The pair, however, broke up in September 2013.

Bjork was born on 21 November 1965 in Reykjavik, Iceland.

She has also been nominated for 14 Grammy Awards too. In January 2006 by the BBC she had been named the world’s eccentric star in a poll. She had also been inner of 2005 Q Inspiration Award.

She had married to a guitarist and composer after having affair with him. But their marriage did not last long than one year and got divorced.