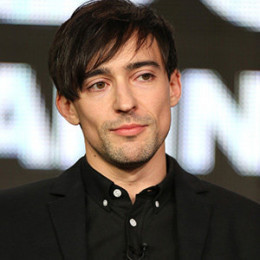 An English actor and director, Blake Ritson is widely popular for portraying King Edward III in the miniseries, "World Without End". His debut in the entertainment industry happened in 1996 when he appeared in the role of Christopher Morcom in the Television movie, "Breaking the Code".Ritson is involved in radio as well and has run various BBC Radio 4 & BBC Radio 3 shows.

Is Blake Ritson Married or Dating Someone?

Blake Ritson is currently in a relationship with English actress Hattie Morahan and the couple is engaged. They first met while studying at the University of Cambridge. Since then, they are inseparable.

Ritson and his beloved are together for over 20 years now. As of now, the duo is looking forward to the right time to walk down the aisle. The lovebirds are blessed with a four-year-old baby girl.

They share a daughter, Amity who was born in August 2016. Now, the family of three is living together in North London. She was pregnant with Amity when she was shooting for the BBC's Sunday-night period drama, My Mother and Other Strangers. 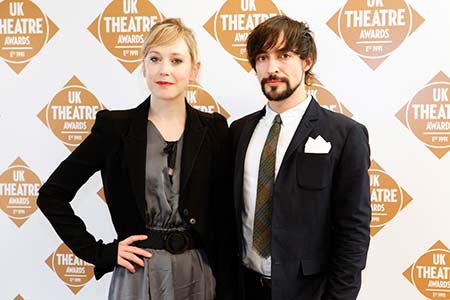 Ritson and Morahan have been engaged for a long time and are so busy in their careers that they can't seem to make time for marriage. Seems like there won't be any wedding bells for the couple anytime soon.

Here is a video of Blake Ritson talking about his character in the series, Da Vinci's Demons.

He is an actor standing at a height of 5'10 feet and has a good physique.

How Much Is Blake Ritson's Net Worth?

The English actor Blake Ritson has an estimated net worth of $2 million as of December 2019. His major source of earning is from movies and Television series.

is involved in various radio shows and does voice-overs for many video games. The average salary of an actor is $39.84 per hour which can range up to payroll of $100 hourly,

Hattie's partner makes exceptional earnings from his writing, directing, acting and voice-overs. Some of the famous TV series, the hazel-eyed actor has starred in include, including Upstairs Downstairs, World Without End, Da Vinci's Demons and so on.

Blake Ritson is professionally an actor and director who is well known for his various appearances in movies. He debuted in the entertainment field in 1996 from a Television movie named Breaking the Code where he portrayed Christopher Morcom. The same year he was cast in another movie called Different for Girls playing the character of a Young Prentice.

After his debut, he started appearing in various movies and Television series. Some of his Television shows include Upstairs Downstairs, World Without End, Emma, Da Vinci's Demons and so on. Besides acting, he has also voiced some characters in video games like El Shaddai: Ascension of the Metatron, Killzone: Liberation, Dragon Quest VIII: Journey of the Cursed King.

His recent projects include a British/American drama series named Indian Summer where he portrayed Charle Havistock for 10 episodes in 2016. Later in 2018, he played the role of a villain named Brainiac in the English Television series called Krypton which is a Superman prequel series. In the series, he acts alongside actors Cameron Cuffe, Georgina Campbell, Shaun Sipos, and Elliot Cowan.

Ritson has directed some short movies with his brother Dylan namely Out of Time, More More More, Love Hate and Good Boy. Their movies won several awards and honors.

Besides he also is into directing and has directed four short films together with his brother Dylan which was highly appreciated and won several awards. Some of their short movies are "Out of Time", "More More More", "Love Hate" and "Good Boy".

Blake Ritson has worked in various radio shows on BBC Radio 4 & BBC Radio 3 like The War of the Worlds, The Go-Between, Richard II, The American Senator, Saint Joan and so on. As for his stage shows he appeared in some stage shows like Rope, Arcadia, Macbeth, White Chameleon, The Luke Files, and Romeo & Juliet and so on.

Blake Ritson was born Blake Adam Ritson on January 14, 1978, in London, England, UK. He was raised with his brother Dylan Ritson who is a director & writer. During his stay at Berkshire, he attended Dolphin School and after moving to West London he attended St Paul's School on scholarship. 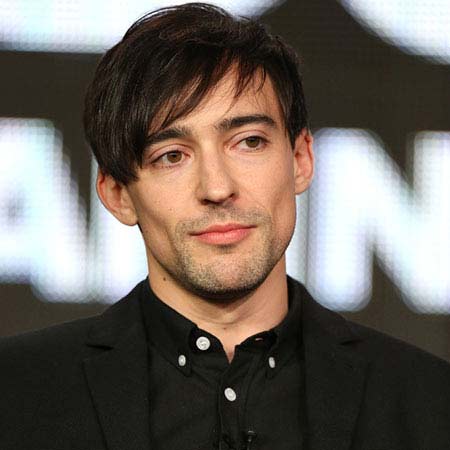 As for his higher studies, he joined Jesus College, Cambridge and graduated in 2000. He studied English and Medieval Italian there. Ritson was interested in acting from an early age and started acting in stage plays at a young age. His first appearance was in White Chameleon at the Royal National Theatre and that time he was just 13.

The English actors gave birth to their first born a daughter named Amity Ritson on August 2016.