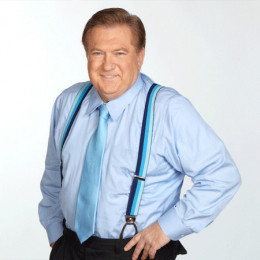 Robert Gilliland Beckel is an American political pundit as well as a former political operative. He was also an analyst on the Fox News Channel. There he had cohosted a program named The Five. He had also worked as a columnist for the USA Today. His father was Cambridge Graham Beckel and his mother is Ellen Gilliland Beckel. His father was an author. He had completed his graduation from George Washington University.

He had married twice but his anyone of marriage did not last long. His first wife was an actress. After getting divorced from his first wife he again married. He has two children with his wife. There is no other information about his affairs as he likes to keep his personal life in low profile. He had also had an alcohol addiction. He had also stated that he was recovering from the alcoholic addiction.

Beckel attends the  Wagner College in Staten Island from where he grabbed the BA degree. He used to play football during his college and worked for Robert F. Kennedy's presidential campaign in 1968.

From 1971-1972, he served in the  Philippines as a Peace Corps volunteer and later, he completed his graduation from the  George Washington University.

His first wife was Elizabeth Briggs Bailey. She was an actress. There is no more information about his marriage with her.

His second wife was Leland Beckel. The couple has two children from his wife. But unfortunately after a a decade of marriage their marriage end up and the couple gor divorced.

His first child is a baby boy from his wife. His son is attending college in Florida.

His second child from his wife is a baby girl. She has just completed her graduation.