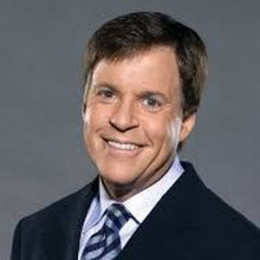 Bob Costas is an American sports broadcaster. He has gained widespread fame and a number of awards for his coverage of the Olympics as well as numerous big American sports leagues. He was honored with the Walter Cronkite Award for Excellence in Journalism in the year 2012. In 1974, Bob commenced calling American Basketball Association Games and moved to NBC in 1980.

Born on March 22, 1952, Queens, New York, United States of America, Bob Costas grew up in Commack with his younger sister Valerie Costas. He is the son of John, an electrical engineer of Greek descent and Jayne, is of Irish descent.

Bob belongs to American nationality and ethnicity wise, she is of mixed ethnical descent. He has done his schooling from Commack High School South. After completing his high school, he moved to Syracuse University, Syracuse, New York.

Costas earned a degree in Communications from the S.I. Newhouse School of Public Communications in the year 1974. During that time, he began his professional career in journalism by working with WSYR TV and Radio in Syracuse.

Bob Costas started his journalism career as an announcer for the Syracuse Blazers during his time in University. He gained assignments to cover the regional action for both the NBA and NFL, after starting calling games for the University of Missouri basketball team.

After that, Costas made the leap to the big time by moving to NBC in the year 1980. He was prominently engaged with NBC’s coverage of the major American sports leagues throughout the 1990s. Costas was criticized for his commentary during the 2012 Summer Olympics Opening Ceremony which he hosted with Meredith Vieira and Matt Lauer when he made a comment about one of the players from Uganda. His comment was said to be ignorant and cliched.

The 65-year-old, Bob Costas has married twice. He first married to his girlfriend Carole Krumenacher on June 24, 1983. The pair has two children. They welcomed their first baby son Keith in 1986. After three years, his wife Carole gave birth to their second child daughter Taylor.

Bob once in conversation with Minnesota Twins center fielder Kirby Puckett promised if he scored .350 he would name his unborn child with his name but later when Kirby scored the number, Costas did not hold to his promise.

Eventually, the birth certificate was made different to “Keith Michael Kirby Costas.” The couple divorced after 8 years of marriage. Their separation was confirmed by Costas’s business manager Pam Davis after the news broke in 2001.

After his divorce to Carole, Bob Costas married Jill Sutton on March 14, 2004, after dating for a couple of years.

Bob Costas has earned more than two dozen Emmys and been named Sportscasters Association a record eight times and Sportscaster of the Year by the National Sportswriters. Furthermore, he is an honorary part of the Multiple Myeloma Research Foundation.

Bob Costas is a successful journalist, who has a net worth estimated at $45 million. He also earns $7 million annually from his work on NBC. He stands at the height of 5 feet 7 inches. Costas and his wife Jill bought a 4,534-square-foot mansion for $4.7 million in a gated community in Newport Coast in 2013, which reported by several networking sites.

Carole Krumenacher is the first wife of Bob Costas. They were in a long term relationship before finally deciding to tie the knot. The couple separated in 1991.

Jill Sutton is the second wife of the sports reporter, Bob Costas. They got married in 2004

Taylor Costas as an associate producer on NBC's coverage of the 2012 Summer Olympics. He is well known for being a son of Bob Costas.