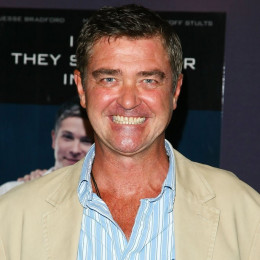 An American film producer, actor, and director, Bob Gosse is currently single, he previously married to actress Robin Tunney. The couple married on 5th October 1997 and divorced on 26th January 2006. Bob graduate from the State University. He has received a nod from the Academy of Motion Picture Arts and Sciences. Bob is the founder of independent film company named The Shooting Gallery with his friend Larry Meistrich.

Bob Gosse is a married person, but there is no information about his children in social sites. He has nominated for Independent Spirit Award in a category of Best First Feature. Bob has Oscar-nominated from his movie 'Sling Blade'. There is a rumor that he dates with Parker Posey ,a movie actress. Bob has also worked in a political party named Democratic Party for winning the Barack Obama. Bob has many fans in social sites.

He previously married to actress Robin Tunney. The couple married on 5th October 1997 and divorced on 26th January 2006.