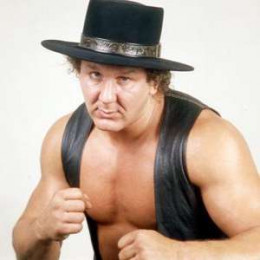 An American actor and professional wrestler, Bob Orton Jr. is currently married to a nurse Elaine Orton. He was born to a professional wrestler Bob Sr. and mother Rita Orton. Bob is well known by the ring name "Cowboy". He has also wrestled for several promotions in the United States, Japan, and other countries. Bob Orton Jr is the winner of over 25 wrestling championships and became a member of the 2005 WWE Hall of Fame.

Bob Orton Jr. married to nurse Elaine Orton, with whom he fathered two sons, who also got into wrestling and martial arts, as well as a daughter. Elaine Orton is a nurse at Christian Hospital NE in Missouri. Many wrestlers, fans, and critics alike praise Orton's ability in the ring, including fellow wrestlers such Jim Brunzell and Lanny Poffo has all praised Orton's ability. And he has millions of fans with him all over the world.

Bob Orton has been married to Elaine Orton since 1977. The couple has been blessed with three children.

Randy has one brother and one sister.

Nathan has one brother and one sister.