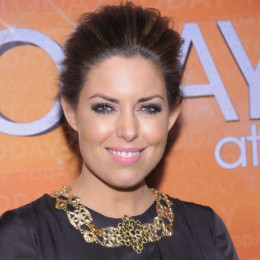 She is one of the renowned persons in beauty industry in America who is also Style Editor for NBC's Today Show. She is a beauty, fashion and styling expert who has covered American television for more than a decade. She attended University of Idaho in Idaho and she has graduated in Psychology. Currently, she is working as style editor of the iconic Today Show on NBC. She was highly admired by her fans from her show named Bobbie’s Buzz. She has already appeared in popular channels like FOX, CNN, MTV and VH1.

Since she is a beauty with mind, it is obvious that she can attract any guy. Talking about her personal life she is already married to her lover. Before marriage she had dated singer of band named N Sync. But after marriage, there has been no report of rumor about her extra marital affair with anyone which proves that she is very loyal to her husband. After struggling with infertility for many years, she recently announced that she is pregnant.

Professionally he is a lawyer. Their married was performed in Kathie-Lee Gifford's home in Connecticut. They are expecting child soon.