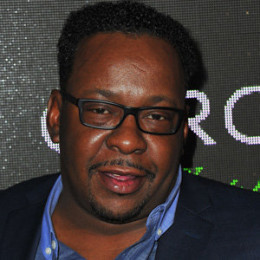 One of the celebrated name in Hollywood, Bobby Brown is an American R&B singer, songwriter, dancer and actor. He was born as one of six children of Carole Elizabeth, a substitute teacher, and Herbert James Brown, a construction worker. Brown's first taste of being onstage occurred at age three when one of his childhood idols, James Brown, performed in Boston. This performance had sparked a dream of becoming a singer. Brown had a string of top ten hits on various Billboard charts between 1986 and 1993.

Bobby Brown has dated a series of beautiful girls in the past. He has some children with just short time relationship and also he has been married twice throughout his life. His personal life is not as successful as his professional life. Need to say that his married life and affairs are not successful. Brown has mental illness and his drug taking habits have hindered his married life.

Brown first met this great singer at the Soul Train Music Awards in 1989. They began a close friendship after Houston invited 20-year-old Brown to her 26th birthday party in August 1989. Their friendship developed into a romance in 1991. In April 1992, Brown proposed marriage to Houston and the couple married at Houston's estate on July 18, 1992. In September 2006, Houston filed for legal separation; the divorce was finalized on April 24, 2007, with Houston receiving custody of their then-14-year-old daughter.

On May 31, 2009, Brown had son Cassius with his partner of two years, manager Alicia Etheredge. Brown and Etheredge became engaged in May 2010, when Brown proposed during a performance at the Funk Fest in Jacksonville, Florida. The couple married in June 2012 in Hawaii.

On May 31, 2009 with his partner of two years, manager Alicia Etheredge he had this child who was born before their marriage.

His eldest son, Landon, was born with his one time girlfriend.

With girlfriend Kim Ward, whom he met in 1980, he had two children. Among them the daughter is La'Princia.

With girlfriend Kim Ward, whom he met in 1980, he had two children. Among them the son is Bobby Jr.

On March 4, 1993, their daughter Bobbi Kristina Brown, was born. She was the only first daughter with his wife.