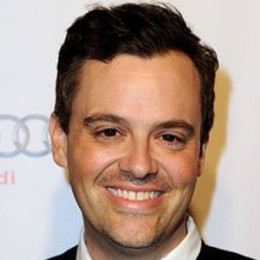 The Emmy Award winner Bobby Mort is an incredible writer. He is the writer of the hit television program The Colbert Report. He also wrote Circle of Pain and Loudermilk. Mort is married to Laurel Coppock, who is also a writer.

Bobby Mort hails from Chicago, United States of America. He completed his education in improv and sketch comedy in Chicago.

Mort is an actor and writer. He began his career working in theater. He performed at the iO Theater in People of Earth. He gained his fame when he wrote the story of Beatdown and worte the script of Lockdown in 2010.

He wrote the screenplays for Circle of Pain too. He also made his appearance on the talk show of The Colbert Report for which he won an Emmy Award. He is well recognized as the comedian and the founder of sketch comedy trio entitled Maximum Party Zone. His other work includes the comedy show Loudermilk in 2017 alongside Peter Farrelly.

Laurel Coppock is the beautiful wife of Mort. Coppock is an actress and also a director. They enjoyed their relationship as girlfriend-boyfriend for several years before tying the knot. She is widely known for her performance in Crazy, Stupid, Love, and Food Chain. The blissful couple is blessed with a son together. Both the husband and wife spend most of their free time with the family.

Bobby is involved in several projects. Hence he makes a huge amount from his career. His wife alone makes $1 million and if combined with his earnings they become one of the richest celebrities.