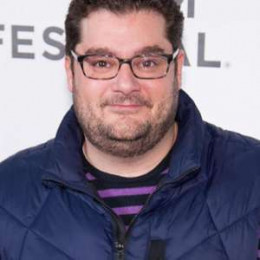 Bobby Moynihan is an American actor and a comedian. He was born to mother Irene and father Robert Moynihan Sr. Bobby, who is known for being a cast member of Saturday Night Live in 2008, Monsters University 2013 and Delivery Man in 2013. After getting the bachelor’s degree in theatre in 1999, Bobby became active in filmography. Before joining at the Saturday Night Live, he performed as an Improvisational comedian in New York City at Upright Citizens Brigade Theatre for about ten years.

Bobby Moynihan was a member of the improve sketch groups “Police Chief Rumble” and “The Stepfathers”. Likewise, he also worked as a part of the sketch comedy trio “The Buffons” at the same theatre. Moynihan married his longtime girlfriend and Broadway actress, Brynn O'Malley in 2016. They dated for a long time before getting married. They seem to be very happy with each other.

Brynn O'Malley is an American theater actress. They married after dating for a very long period.

Brynn O'Malley is an American theater actress. They married after dating for a very long period.