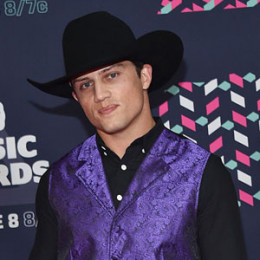 A world champion professional bull rider and model, Bonner Bolton won his first bull riding world title at the age of twenty. He was trained in bull riding by his father Toy. He was also one of the contestant in the Dancing With the Stars.

Bonner Bolton is a son of New Mexico-born bull rider Toya Bolton and Sally Bolton. His father was a professional rodeo cowboy for fifteen years moreover he rode for 20 years and was one of the pioneers of the sport.

He grew up with his four siblings including Bliss Bolton, Brylee Bolton, Brody Bolton, Bridger Bolton. He currently lives outside Dallas.

In 2015, he was Scott Eastwood's stunt double in the film 'The Longest Ride'. In 2015, Cass Bird, a photographer took portraits of the bull riders at the world championship, and Bolton was one of them.

He signed with IMG in May 2016. He has also posed for Saks Fifth Avenue as well as Br4ss underwear and Boot Barn.

On 1st March 2017, Bonner was announced as one of the celebrity contestants to compete on the twenty-fourth season of 'Dancing with the Stars' with Sharna Burgess, his dancing partner.

He danced in honor of his wheelchair-bound uncle. To support him, the bull rider’s family was in the audience cheering him including his grandmother, seen wiping away tears from her eyes. The pair stood fifth in the competition.

In January 2016, Bonner Bolton suffered a broken C-2 vertebra after bucked off the back of a bull and landing on his head. He was paralyzed from the neck down but regained feeling within hours. Bolton later underwent spinal fusion surgery and doctors inserted a metal brace around the broken vertebrae.

There were rumors about Bolton being in a romantic relationship with his DWTS partner Sharna Burgess. Their chemistry in the show sparked the news about their dating.

However, Bonner has said that he is currently single.

Bolton's salary is not known, but he has earned over $500,000 from bull fighting.