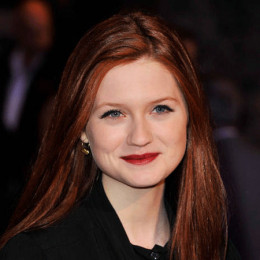 Bonnie Francesca Wright is an actress, director, producer, model and screenwriter, best known for playing in the Harry Potter film series, as Ginny Weasley. For her appearance in Harry Potter and the Deathly Hallows, she received a Rodial Award for Most Edgy Look. She is the daughter of Gary Wright and Sheila Teague, owners of Wright & Teague, a Jewellery company. She studied film and television at University of the Arts: London College of Communication and graduated from there in 2012.

Accounting her personal life, she hasn't been married to anyone yet. She once dated a British actor with whom she have had a close relation. They confirmed their engagement in April 2011 but later called it off. There were lots of rumors flooding about her being pregnant, but she clearly stated that she isn't pregnant. Currently she is dating a man who owns a Night club.