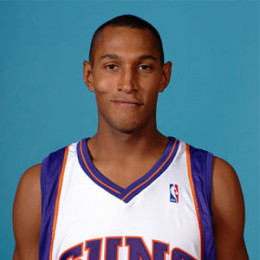 Boris Diaw is well known as a professional basketball player, currently, plays for the Utah Jazz of the National Basketball Association. He was originally selected by the Hawks as the 21st pick overall in the first round of the 2003 NBA Draft. Diaw before joining NBA played in the French Pro B team, JSA Bordeaux.

Boris Diaw was born on 16th April 1982 in Cormeilles-en-Parisis, Val-d'Oise, France. He is a son of Élisabeth Riffiod, a former French basketball player and Issa Diaw, a former Senegalese high jump champion. He grew up with nine siblings. Boris holds French nationality with Asian ethnicity

He has a half-brother, Paco Diaw, a guard at Georgia Tech.Boris's brother, Martin Diaw, played basketball for Division II's California University of Pennsylvania.

For his career, Diaw played in the French League before joining the NBA. Boris appeared in 834 NBA games, averaging 9.1 points, 4.7 rebounds, and 3.7 assists in 28.9 minutes while shooting.

Diaw recorded his first career triple-double on 31st January 2006 when the Suns defeated the Philadelphia 76ers at Philadelphia, 123–99.

On 15th December 2006, he recorded his fifth career triple-double in a victory against the Golden State Warriors playing for the Charlotte Bobcats.

On 12th July 2012, Diaw re-signed with the Spurs to a reported two-year, $9.2 million deal. While playing for Spurs, they reached the 2014 NBA Finals and won the NBA Championship.

On 8th July 2016, Diaw was traded to the Utah Jazz in exchange for Olivier Hanlan.

In 2000, Boris Diaw won the FIBA Europe Under-18 Championship with the French junior national team.

In July 2006, he was named the captain of the senior men's French national basketball team.

With the impressive stat, 107 points and 22 assists, in 9 games, Diaw led the French team at the 2006 FIBA World Championship. In 2013, Diaw and his team won the gold medal at the EuroBasket tournament.

Diaw was rumored to be dating a Mexican-Brazilian model from Dallas.

Others rumors are Diaw engaged a Senegalese-French woman living in Paris. Other news is he is dating a famous French-west Indian singer Lady Sweetie.

Well, till now Boris has not addressed any of the rumors. Nothing can be known unless he shares the information to the media. So, it can be assumed that he is still single.