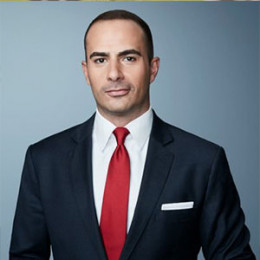 Boris Sanchez is an Emmy winning journalist and news correspondent. He is best known for his association with CNN news channel. He joined the channel in back 2015 and coverage several news and campaigns. In 2016, he covered the U.S elections 2016 Presidential campaign.

Boris Sanchez was born on November 15, 1977, in Havana, Cuba. His birth sign is Scorpio.

Sanchez graduated from Syracuse University with the degree in Broadcast journalism and international relations. Then he interned at WTJC, NBC affiliated.

Boris Sanchez started his professional journalism career at KRCR as a weekend anchor in California. Later, he worked for Fox 31 in Denver, contributing coverage across all the stations' programs since 2012. 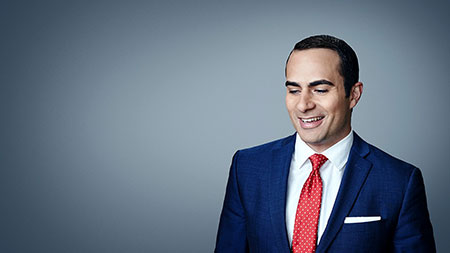 In 2013, Sanchez covered many highlighted incidents like the Arapahoe High School shooting, the Black Forest Fire (2013) and the devastation caused by the historic floods of September 2013.

In June 2015, Sanchez joined CNN where he served as a New York-based correspondent but after a year, he moved to his hometown, Miami. He won the Heartland Regional Emmy Award in 2015.

Sanchez covered several events and campaign including the U.S elections 2016 Presidential campaign, Fort Lauderdale Airport shooting in 2017, terrorist attack at a naval base in Chattanooga among others.

Apart from that, he also reported natural disasters stories such as the flooding in Louisiana and Hurricane Matthew in Northern Florida. Moreover, he appeared in 2014 film, Salvador Soy Yo.

Boris Sanchez earns a decent amount from his career. The average salary of CNN journalist is $207k per annum, so, he might earn the same amount. Considering his career growth, his net worth isn't less than six digit figure.

Boris Sanchez is a married man. He tied the knot to his longtime girlfriend, Jennifer Piekut on September 17, 2016, in an intimate ceremony. The couple shares no children.

He is quite secretive about his personal life which might be the reason, he hasn't revealed much about his private life to media. Unlike other TV personality, he isn't active in any social sites.

Furthermore, he stands at the height of 6ft and weighs around 75kg.

Jennifer Piekut is best known as the wife of Boris Sanchez. The duo married on September 17, 2016, in an intimate ceremony. The couple has no children.