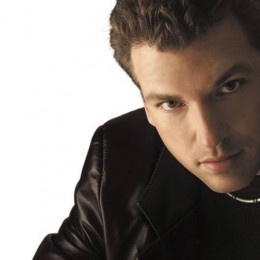 He is a award wining Canadian country singer. He earned Male Vocalist of the Year at the 2007 CCMA Awards. He received a star on the Merritt Walk of Stars, in July 17, 2005. He grew up in a family of singers and musicians, where he played music in his family band. As he started singing from his early childhood, he won a National Talent Contest during Country Music Week in Hamilton at the age of 16. He has formed a group named "The Johner Brothers" along with his brother Ken in the year 1988.

Talking about his personal life, he is a married man. With his wife, he has raised five children. Detailed information about his family is still kept out of media. He has managed to give time for his family members as well as for his work and is often seen performing with his kids and wife. Till the date there is no record of his extra affairs. He hasn't faced any controversy related to his personal or professional life.

She is the first wife of Brad. Personal details about her has not been disclosed yet.

He is the first son of Brad and his wife who was born safe and sound.

She was born healthy. Her date of birth has not been disclosed yet.

He plays keyboard very well and also he is a good singer.

He was born safe and plays guitar very well in front of mass.

He is the youngest member in the family who was born healthy.