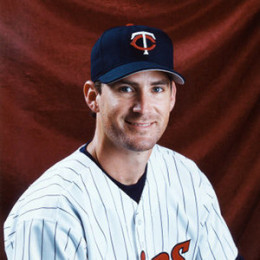 Brad Radke is the former right-handed pitcher who played for Minnesota Twins his entire career. Radke was born and raised in Eau Claire, Wisconsin and completed his high school from Jesuit High School of Tampa where he made his identity as a strong sportsman. Brad made his major league debut on 29th April 1995 and played the outstanding game as a pitcher till 2001. He could not do well in the season of 2002 and then again got back to form in 2003 and 2004.

Brad Radke is known for leading the American baseball league in the games and had an outstanding record of pitching 210 innings in a single season for Twins marking him as one of the best pitchers of the modern time. He retired from baseball on December 19th, 2006 accounting for a torn cartilage injury. Radke was included in Minnesota Twins Hall of Fame in 2009. He has been happily married since 1994 and has two children.

Brad Radke has been married to Heather Elkins since 1994. They have two children together, both of them sons.

Ryan is the first son of Brad with Heather. There is not much information about him.

Kasey is the second son of Brad. He is also involved in baseball. He plays from University of Tampa baseball team.