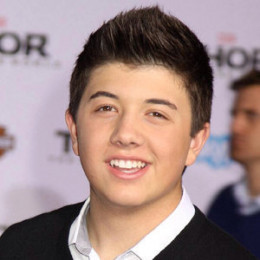 An American actor and director, Bradley Steven Perry is currently dating an actress Genevieve Elizabeth Hannelius in 2011. Bradley is a son of Kimberly Perry. He began his career at the age of ten in small roles in a movie named Choose Connor, and Magnificent Max. The Goods: Live Hard, Sell Hard, Opposite Day, and Old Dogs are his comedic movies. 'Peacock' is Bradley current movie .

Bradley Steven Perry has dated an actress Sabrina Carpenter in May 2014 and breaks up their relationship on 28th August 2015. There is a rumor that he dates with an actress Ryan Newman in 2009 and break their relationship in 2010. He has worked in a television series named "Without a Trace" he has a role in "Charlie". Bradley has nominated for Young Artist Award in a category of Best Performance in a TV Series – Supporting Young Actor from his movie Good Luck Charlie.