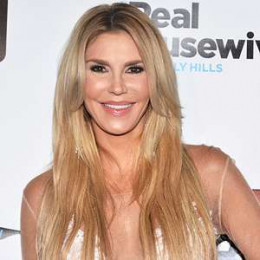 Brandi Glanville, an American model and television personality, is currently single. She was previously married to Eddie Cibrian, an American actor. She is a cast member on the reality television series, The Real Housewives of Beverly Hills. Brandi was born to mother Judith and father Guy Glanville. She grew up with one brother and one sister. Brandi began her career as a model at the age of sixteen.

Brandi Glanville is also a writer. She has written the books "Drinking and Tweeting: And Other Brandi Blunders" and "Drinking and Dating: P.S. Social Media Is Ruining Romance." She is currently single. She was previously married to Eddie Cibrian, an actor. This couple married on May 12, 2001. They have two children. They divorced in 2010. Brandi Glanville is a controversial star;  she was once arrested for driving under the influence of alcohol.

Brandi had her first marriage with Eddie Cibrian, an American actor. They have two children together.

Mason is the first son of this couple. He was a healthy child when he was born. There is not much information about him.

Jake is the second son of Brandi born on April 7, 2007. There is not much information about him except a few pictures.