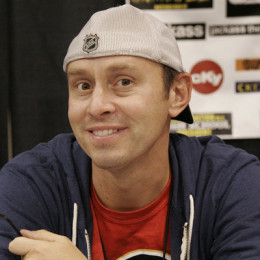 Brandon Ralph DiCamillo is an American screen writer, actor and also a stuntman. He is best known for Jackass: The Movie , Landspeed: CKY and Jackass Number Two. There is no any information about his early life as well as about his father and mother. He is the founding member of CKY Crew. He is also known for his prank phone calls, silly characters and freestyle raps.

He is a married man but there is not much information about his personal life. He has married to his longtime girlfriend. Except this, there is no other information about his affair or any relationships. Once he had said that he does not likes Hollywood work. The Toy Dolls is his favorite band and Calgary Flames is his favorite hockey team. He is very hardworking and still there is much to achieve by him in his career.

He has married to his 11 years long girlfriend. But there is not much information about his marriage as he likes to keep it in low profile.