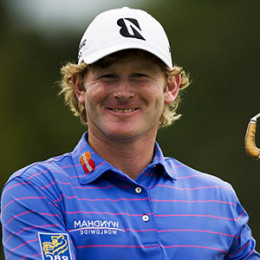 Brandt Snedeker, the son of Larry Snedeker and Candice Snedeker, is an American professional golfer who plays on the PGA tour. Brandt attended Harding Academy, Montgomery Bell Academy and then Vanderbilt University. His maternal grandmother, who managed a golf course in Missouri, introduced golf to him and was taught golf by uncle Uel Loughery at the age of 18. In 2004, Brandt turned to his professional golf career. Snedeker is currently the 29th ranked golfer in the world. After the victory in the season-ending Tour Championship in 2012 FedEx Cup, he moved to the top ten of the Official World Golf Ranking for the first time in his career. Brandt moved to a career high to number four in the world in February 2013 after winning the AT&T Pebble Beach National Pro-Am. He played Nationwide Tour from 2004 until 2006.

Brandt Snedeker and Mandy Snedeker married in 2008 after dating for seven years since 2001. They have two children together, a son and a daughter. Lily and Austin are his children born in 2011 and 2012 respectively. As of now, there is no sign of their separation and they seem to be happily married. The family lives together in Nashville and Snedeker currently works with instructor Butch Harmon.

Lilly is the first child of Brandt Snedeker and Mandy Snedeker born in the year 2011 October 18. Her cute pictures can be found on the internet.

Austin is the second child of Brandt Snedeker and Mandy Snedeker born in the year 2012. He is a cute child with blonde hair.