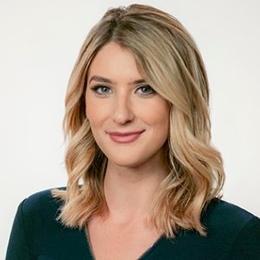 Breanna Pitts is a traffic reporter at WBZ-TV and anchor at CBSN. Previously she worked at KTSM, El Paso, and WHDH--TV.

Breana Pitts is Married! Learn about her Husband and Wedding

Breana Pitts is happily married to a guy named Joe Haddock for the past two years. The couple tied the Knot on June 9, 2018, in Cape Cod, Massachusetts, after getting engaged in October 2016. 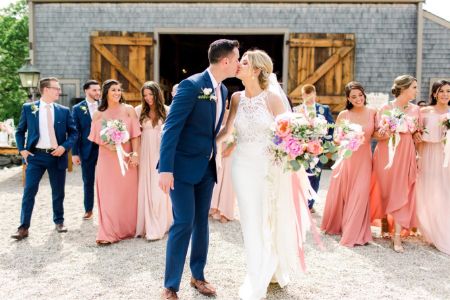 For the big day, Pitts wore a fit and flare style white dress with a halter neck. Similarly, the groom wore a blue suit with a white shirt.

Breanna Pitts's Career and Net Worth

Growing up, Breanna Pitts did not have any plans to become a journalist. In fact, she fell in love with reporting after she worked at the college TV station. She enjoyed the whole process of reporting and anchoring, and thus, during the final years of her college, she decided to pursue broadcast journalism.

Pitts's first job after graduation was at New England Sports Network as a Host/Reporter. After that, she worked at WHDH-TV as a News Coordinator for two years and later at KTSM-TV in El Paso, Texas, as an anchor. 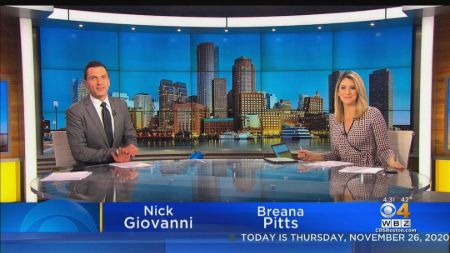 Joe Haddock is the husband of WBZ-TV reporter Breana Pitts. He and his wife do not share any kids as of now.