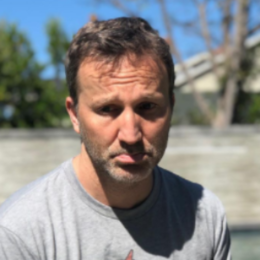 Breckin Meyer is an American actor, writer, producer, and musician best known for Road Trip, Garfield: The Movie, Robot Chicken and King of the Hill. Besides, Meyer is famous for working with ex-wife Deborah Kaplan in Can't Hardly Wait.

The Clueless actor Brecklin Meyer is possibly single at the moment. Meyer, however, shares a good bond with his children's mother. Breckin has frequently been tagged on Deborah and their children's Instagram posts. 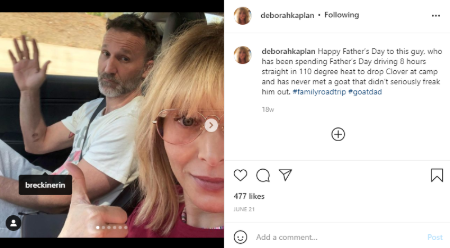 Well, Meyer was previously married to American screenwriter and film director Deborah Kaplan for eleven years. They tied the knot on October 14 in a lavish wedding ceremony. The couple has worked on films such as Can't Hardly Wait and Josie and the Pussycats.

Breckin and Deborah announced separation in 2012 without revealing the exact reason behind the split. Further, the couple legally separated ways in 2014.

Who are Breckin Meyer's Daughters?

What is Breckin Meyer's Net Worth?

The Minneapolis-born star Breckin Meyer has summoned a colossal net worth of $8 million as of 2021. Meyer earned a big amount of money from his decade-long career as an actor, film producer, and musician. Furthermore, the Clueless actor co-owns a production company with Seth Green and Ryan Philippe.

Meyer has also provided his voice for television series like Potato Head Kids, The Home Court, The Wonder Years, Chicken soup, and Camp Cucamonga. Similarly, he appeared in The Craft, Escape from L.A., Prefontaine, 54, The Insider, Road Trip, Ghosts of Girlfriends Past, Herbie: Fully Loaded and Changeland.

Like Brecklin, Deborah was also into the entertainment fraternity. For instance, she worked in movies such as A Very Brady Sequel, The Flintstones in Viva Rock Vegas, Surviving Christmas, and so on.

Clover is the second child of Deborah Meyer and Breckin Meyer. Clover will celebrate her 11th birthday on 2 November 2021.

Caitlin Willow is the first child of Breckin Meyer and his wife Deborah Kaplan. Caitlin is currently seventeen years old.