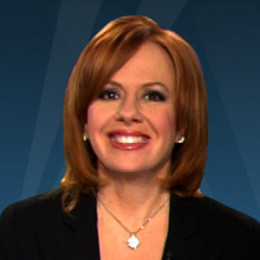 A senior business correspondent, Brenda Buttner graduated from Harvard University in 1983 with a bachelor's degree in social studies. She has won many awards including Cable Ace award in 1996 for best business programming and a National Clarion award in 1990 for best news story. Brenda began her television career at NBC affiliate KCRL-TV. She was a former feature editor of 'Cycle World' magazine, an enthusiast motorcycle publication.

Based in New York, Brenda Buttner died on 21 February 2017 due to cancer at age 55. The host of the Fox network's financial segment 'Bulls & Bears,' tributes began to pour in on social media after her death was announced.

Brenda Buttner tragically passed away after losing the battle with cancer. She was fighting breast cancer since early 2015 and it was taking its toll on her body and it had reached as far as her eye and brain.

She is one brave woman as even though she was going through her chemotherapy she was still hosting shows on the Fox News Network. We give all of our best wishes to her family and may her soul Rest In Peace.