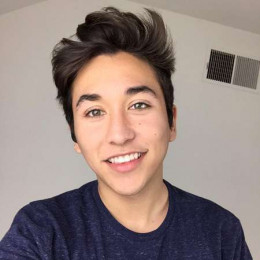 He is an actor and comedian, more specifically a Vine star, who has over 800,000 followers as of May, 2015. As an actor, he is known for playing the role of Luke in the 2013 film Palo Alto and for appearing in Sneakerhead, Fort Brother and 4 Facts 1 Lie. Generally, he is known on Vine for his comedy skits and collaborations with fellow viner Gabe. He was raised by his parents along with his brother named Jake.

Talking about his personal life, he is still a bachelor as he is just a 20 year old boy. Few years back he was in a relationship with a lady whose personal details has not been disclosed to the media yet but currently, he is single. Moving on to his sexuality, he does not seem like a gay as he has attraction towards ladies. To check out his vine collection we can visit https://vine.co/BrennenTaylor.