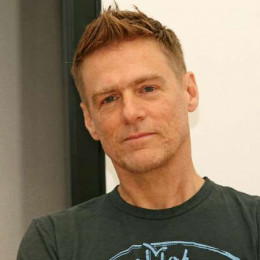 An American professional wrestler who was former tag team specialist who won world titles while wrestling in the WCW and WWF. He is better known as Crush in World Wrestling Federation (WWF). He was raised in a small family in Kona, Hawaii. After finishing graduation, he joined military where he learned boxing. He was trained by Japanese wrestler. In 1986 he debuted in New Japan Pro Wrestling. In 2003 he was named in top 60 tag team fighters by Pro Wrestling. He won WCW World Tag Team Champion two times and WWF World Tag Team Champion once. In 2007 he was found unconscious in his bed by his wife. He died due to respiratory system failure due to intake of mixed drugs.

Once he was involved in a controversial situation after he was arrested for possession of 500 units of anabolic steroids and several unregistered semi-automatic guns at his home in Kona . Later he was released on $10,275 bail and was sentenced to five years probation for his crime. Regarding his personal life, he was married man. There is no record of him dating anyone. He was father of two children but his children name has not been disclosed.

She is mother of two children. She was the one who found her husband body in unconscious state before he was pronounced dead.