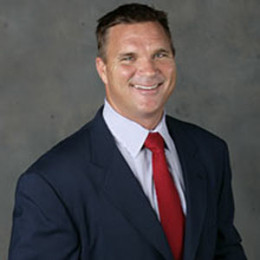 The Former professional American football offensive lineman, Brian Baldinger, played for the Dallas Cowboys in the National Football Leagues before his retirement. He also played for Philadelphia Eagles and Indianapolis Colts. After retiring from football, he started a career in broadcasting.

Brian Baldinger was born Brain David Baldinger on 7th January 1959 in Pittsburgh, Pennsylvania. From his early childhood, he started playing a variety of sports but became well-known locally only after he and his family moved to Massapequa, New York from Apple Valley, Minnesota. He has two brothers Rich Baldinger, Gary Baldinger and a sister; Jeanne Peters. He is American and is of White ethnicity.

Baldinger attended Massapequa High School where he ran track and played football as well as basketball. In 1979, he attended Naval Academy and then transferred to Nassau Community College after completing his high school. In 1979, Baldinger graduated from the Duke University.

Brian Baldinger is engaged in broadcasting currently. Prior to having a career in broadcasting, he used to play football in college as a guard due to his blocking abilities. During his senior year, he was voted the most improved player and started 11 games.

In 1988, he signed with Indianapolis Colts as a free agent and played 13 games at center replacing injured Ray Donaldson. In 1992, he signed with Buffalo Bills, and on August 31, he was released. On September 28, 1992, Baldinger was signed as a free agent by the Philadelphia Eagles to replace injured John Hudson. In the following season, he started 4 games in right guard replacing injured Eric Floyd.

In 1997, after retiring from football, Brian Baldinger became the NFL Europe games analyst in the Fox Network. Later, he got promoted to the position of color commentator and began working along with Curt Menefee, Joe Buck, Ray Bentley, Kenny Albert, Dick Stockton and Pat Summerall.

In 2009, Compass Media Network hired him as a lead analyst after it was announced that John Lynch would replace him in Fox's telecast. Later, he appeared as a co-host for Sporting News Radio during the football season.

In 2016, he was suspended for almost six months by NFL for a comment he made about Ezekiel Elliott, a Cowboys star in November. He said,

"This is the guy that we’ve got to take out of the game. There’s got to be 10 guys that want to hurt him every single play. In fact, we may even put a little bounty on Ezekiel Elliott."

Baldinger faced six months suspension without pay for his remarks.

Brian Baldinger is pretty active on various social media platforms but has never posted any pictures that would suggest his relationship status. He seems more focused on his career rather than being involved in any affairs. Or, he just likes to keep his romantic life to himself.

As per the available information, he is possibly single at present.

The 58-year-old former football player, Brian Baldinger has earned an impressive amount of money from playing in several NFL teams.

At present, his primary source of income is his career as a Football analyst on various networks.

Baldinger has accumulated a huge net worth, however, the exact figure isn't public.  As per Fox Network, the total salary of an analyst ranges from $61k to $67k, considering the statistics, he earns the over $50 k annually as an analyst.

Considering his football career and current engagements as an analyst, Baldinger possibly has a net worth in millions.