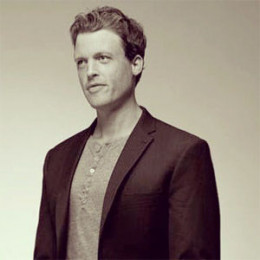 Brian McFayden is an American television and radio personality who debuted from the show, MTV News as a correspondent. As of now, he is working at KGW, the NBC affiliated station in Oregon. Apart from this, he seems single in the present days.

Brian McFayden was born on 1st October 1976 in Omaha, Nebraska. He is an American and belongs to White ethnicity. He finished his high school from the Ralston High School in Omaha and graduated from Brown Institue.

McFayden began his career from 1999 being a correspondent and anchor for the MTV News. Leaving MTV News in 2000, he joined Total Request Live, a TV series on MTV and started working as a VJ. After that, he appeared in an American sitcom named, Sabrina, the Teenage Witch along with the cast members Melissa Joan Hart, Caroline Rhea, Beth Broderick, Nate Richert, Nick Bakay, Jenna Leigh Green and others.

Moreover, he also appeared in a sitcom named, Campus Ladies which was created by Carrie Aizley. Apart from acting, he worked as a host for the show, Cupid on CBS followed by the CW’s Beauty and the Geek. Besides, TV he also worked as a radio disc jockey on KEGE 93.7 The Edge in Minneapolis and 92.3 K-Rock Radio in New York for several years.

Apart from hosting, he also produced Al Gore’s an American TV channel, Current TV. In 2011, he was seen hosting 7 Wonders of the Wall on MSN and in 2014 seen anchoring for HLN Morning Express Bleacher Report.

As of 2016 and 17, he started working for an NBC-affiliated TV station called, KGW as co-host in Portland Today, morning anchor in KGW Sunrise and again as a host in KGW Live At 7.

The TV personality, McFayden is not yet married but seems like he has someone in his life. He as of now posted several pictures with the news anchor and a reporter, Taylor Bisciotti. They were even spotted at many places together from which they were rumored to be in a relationship. But they addressed themselves as best friends and never passed such dating clues.

However, in the past, he was in a relationship with the model girlfriend, Heather Knese with whom he also has a son named, Dane McFayden. But the couple separated after a certain period due to some unknown reasons.

The radio and TV personality, McFayden from the several series and shows might have collected a decent amount of net worth in thousand to maintain his lavish lifestyle.

Dane McFayden is the only son of Brian McFayde and Heather Knese. The couple keeps their son far from the spotlight till today.