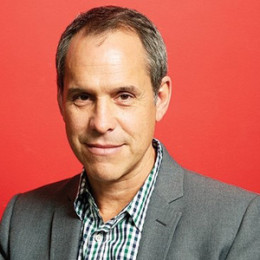 Brian Robbins is a well recognized American screen actor, producer, and director. He is mainly known for his works such as Varsity Blues, Hardball, and The Shaggy Dog. He is also popular as Eric Mardian of ABC's Head of the Class.

Best known as Brian Robbins began his career guest starring in films like The Facts of Life and Archie Bunker’s Place. He is the partner of Michael Tollin and has worked with him throughout his career.

Robbins gained the critical acclamation portraying the role of Eric Mardian on the popular ABC sitcom Head of the Class. He also hosted the kids game show named Pictionary and became an executive producer of One Tree Hill and Smallville.

He is also the producer of All That and its spin-offs. Likewise, he produced and worked in the films like The Show, Good Burger, Varsity Blues, Ready to Rumble, Hardball, The Perfect Score, The Shaggy Dog and many others. Besides that, he is a YouTube star who founded AwesomenessTV and became an executive producer of its spin-off.

Robbins is an accomplished actor, as well as the film director and hence, has acquired a lot for his incredible work. He won the Heartland Film Festival Award in 1993 for Hardwood Dreams followed by CableACE Award in 1996 for his work Sports Theater with Shaquille O’Neal. In 1998 he was awarded the Directors Guilds of America Award for his effort in the same children program Sports Theater with Shaquille O’Neal.

Robbin is a married man. He first tied the knot with Laura Cathcart. The duo had two sons together namely Miles and Justin.

After divorce with the first wife, he married Tracy James. He is living a blissful married life with his wife.

As an actor, film director, producer, and screenwriter Brian Robbin earns a lucrative amount from his career. He holds the staggering net worth of $35 million.

Laura Cathcart is a popular publicist. They divorced after staying as husband and wife for several years.

Tracy James is the current wife of Brian Robbins. She is a Canadian actress famous for her work on Hellcats.

Miles is a child of producer Brian Robbins from his ex-wife Laura Cathcart.

Justin is a son of producer Brian Robbins from his ex-wife, Laura Cathcart.