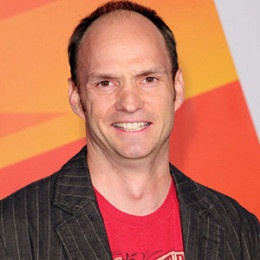 Born and raised in Cleveland, Ohio, Brian Stepanek is mainly known for his role as Arwin Hawkhauser in "The Suite Life of Zack & Cody" which is the Disney Channel Original Series. The actor is also equally famous as Brian of "Brian O'Brian". He completed his school studies from Gilmour Academy and completed his graduate study at Syracuse University, New York. After graduation, he went to Chicago seeking theatre opportunities. There he snatched Jeff Award for his performance as Bill Snibson in "Me and My Girl". He started his acting career from 1998 by working in an episode of the television show, Early Edition.

Brain also voice-acted as Nugent which was a dog in Over the Hedge. He even worked in SportTimeOhio's documentary, "Make 'em Forget" in 2007. He has been married since 2002 and has three children. However, there is no detail disclosed about his children.

Brian has been married to Parisa since 2002. They got married after they had started dating in 1998. They have three children together.