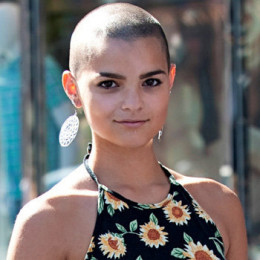 The charming actress Hildebrand these days is all over the media, as she is going to portray alongside Ryan Reynolds in the 2016 Marvel film Deadpool. This is her biggest movie project, through which she is definitely going to appear in other big projects soon. Her first major credit was in 2014 TV series Annie Undocumented and later appeared in the First Girl I Loved.

Brianna Hildebrand is openly gay. She admits, at first, she wasn't sure about her sexuality but now she is not frightened to live in LA as a gay. She isn't dating anyone which simply implies she is single at the moment.

Brianna Hildebrand came to prominence after starring in the Deadpool. She has an estimated net worth of $1 million. The main source of earning is from her career as an actor. She earned an impressive sum from her appearances in movies and TV series.

Brianna Hildebrand was born on August 14, 1994, in College Station, Texas, U.S. She started her acting career since 2014.