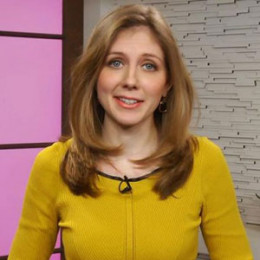 Bridget Marie Carey, better known as Bridget Carey, is an American technology journalist. She also works as a host of the CNET Update. She is the winner of Green Eyeshade Awards, Elmer Emig Award, and The Dean Committee’s Ruth and Rae O. Weimer Awards for great works in the field of journalism.

Bridget Carey was born in June 1984, Miami Beach, Florida, U.S. and grew up in the Miami suburb of Pembroke Pines. She attended Flanagan High School and passed out with a degree in journalism from the University of Florida.

During her college days, she used to work as an editor at the nation’s largest student-run newspaper, the Independent Florida Alligator. There she earned several commendations and was awarded Elmer Emig Award and the Dean Committee’s Ruth and Rae O. Weimer Awards.

Bridget started her journalism career in the year 2006 as a reporter on the Herald’s business desk. The same year, she became the newspaper’s technology reporter and produced short video gadget review from her home computer’s webcam. The series gained huge popularity with South Florida readers.

Two years later, she started co-authoring Poked along with fellow reporter Niala Boodhoo. She also wrote the newspaper’s technology blogs Cache and Carey, which was renamed The Digital Dish later.

In the year 2011, she won Green Eyeshade Award for her tech reporting. The viewers of her video review increased which resulted in moving the production, to the newspapers in-house professional studio.

Her reviews were featured on WSFL-TV’s morning shows and PBS’ Nightly Business Report. In this way, her quicker consumer-angle gadget review made her a popular online personality.

Later, in 2011, she left newspaper to join CNET in New York as a senior editor. There she hosted the show Loaded, CNET’s roundup of the day’s tech news headlines. The show was replaced in April 2012 with a more in-depth daily news program named CNET Update.

The couple got engaged in 2005 and after a year later, they got married. They were blessed with a baby girl in June 2016. The name of the baby girl is not published yet.

Bridget is one of the leading TV journalists, looking at her successful career and the awards she has won, she probably enjoys a net worth of seven figures.

Bridget is happily married to husband David Linquist, professional Gold Caddie.They together are parents of a baby girl which completes their happy family.