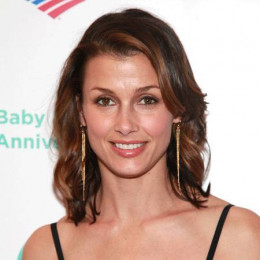 An American beautiful and gorgeous actress and model known for her role in popular movies like I, Robot (2004), Lord of War (2005) and Blue Bloods (2010). She is daughter to Mary Bridget and Edward Bradley Moynahan. She attended Longmeadow High School which is located in Massachusetts. She had keen interest in modelling from her small age and a result she started her career in modelling when she was just 18 years old. She appeared in many commercials and department store catalogs. Later she took acting classes and debuted in television screen in comedy series Sex and the City in 1999. Coyote Ugly which was released in 2000 was her first movie.

Exploring her personal life she has not married yet but that doesn't mean that she is still single. Currently she is off the market i.e. she is dating her lover. Her past love life was kind of on and off relationship. She has given birth to one baby boy from her ex-boyfriend. But his current lover doesn't seem to care about that and they are happily in relationship. Beside him there has been no rumor of her having relationship with anyone.