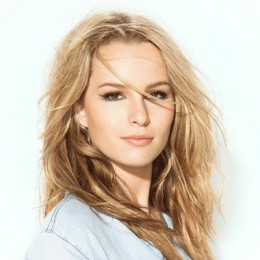 An American beautiful and gorgeous singer, songwriter, actress, and record producer who is widely popular for her role as Olivia in the 2011 Disney TV movie Lemonade Mouth. From her young age she had keen interest in acting and working in plays. When she was just eight years old she began to act in dramatic and musical theater. She has also set the record of youngest performer in the San Francisco Fringe Festival. She has also starred in Good Luck Charlie for which she was nominated for a 2010 Teen Choice Award. In 2012 her single music "Ready or Not." became platinum debut studio album and reached the top 40 hit song. Currently she is studying Liberal Arts at the University of Southern California.

Talking about her personal life, she has not married yet but she she is in relationship with her boyfriend. Beside him there has been no rumor and report regarding her affair with anyone. they first met each other in the set of TV series named Good Luck Charlie. After that became close to each other and finally they turned their friendship into relationship.