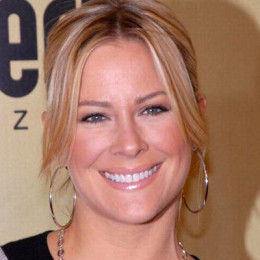 She is an American television and film actress who is best known for her performance as Jessica Wakefield in the teen drama Sweet Valley. She is the twin sister Cynthia Daniel,a former actress and photographer. They look alike and both the sisters had appeared in the ad of Doublemint gum as the Doublemint Twins. They began their career at the age of 11. She is the daughter of parents, mother, Carolyn Daniel and father Charlton.

She has never been married till date. However, she has have been in a very unstable relationship. She has been attracted to many men and also dated with some but all the relation has not have lasted for long. She is still in search of her mister right. She has no children till date. She often is rumored on her pregnancy, her split and curiosity of the public about her man.