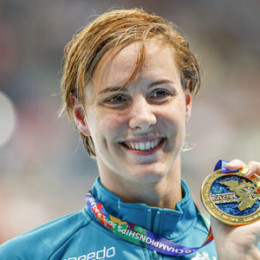 An Australian competitive swimmer, Bronte Campbell was born to father Eric Campbell and mother Jenny Campbell. She is an Olympic gold-winner, world champion, and world record-holder. Bronte Campbell won three gold medals at the 2015 World Championships, including the 50 and 100-metre freestyle events. At the 2016 Summer Olympics, she represented Australia in both the 50 m and 100 m freestyle, as well as the 4 x 100 m freestyle relay.

Bronte's older sister Cate is also a competitive swimmer who holds the current world record in both the short and long course 100-metre individual freestyle events. She and her older sister Cate were the first Australian siblings on the same Olympic swimming team since the 1972 Olympics and the first Australian sisters ever to compete in the same swimming event at the Olympics.