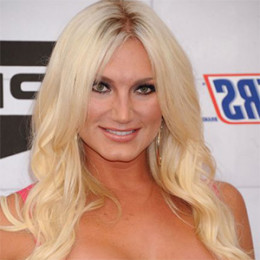 Brooke Hogan is a Hollywood actress and producer known for the movies Hogan knows Best, Brooke Knows Best and Wrestlemania 21. She was born to father Hulk Hogan, a professional wrestler, and mother Linda Hogan. Brooke took an early interest in music and began working on her first studio album in 2002. In an attempt to promote the music career, Hogan, and her father appeared in a one-hour special on VH1. Hogan starred in the satire film L.A. Slasher (2015) and is working on a new extended play consisting of country music.

Brooke Hogan has also been involved in wrestling career. She made a WWE debut in 2006 from Saturday Night's main event. Brooke was engaged to Phil Costa, a longtime boyfriend of hers, until they called off the engagement in 2013. She has a long list of boyfriends which includes Spice Boy, Colby O’Donis, and Stacks, all of whom she dated before Phil Costa.

Their marriage relationship has been confirmed from a reality show where they confessed their relation. As Bully was having an extra marital affair, they went to through divorce.