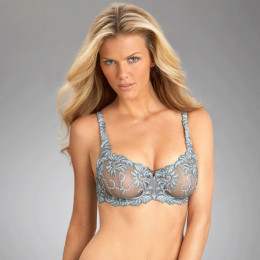 An American fashion model and actress who is popular as the model of Sports Illustrated Swimsuit Issue. She is daughter to Tessa Decker and Stephen Decker. When she was just teenager she was discovered by the modeling agency and after that she started her modeling career as the face of Mauri Simone. She has already modeled for popular magazines like Cosmopolitan, FHM, Teen Vogue, and Glamour, and also for fashion TV shows like The Gap, Intimissimi and Victoria's Secret. She has been featured in the music video of Jimmy Buffett and 3 Doors Down. She has also starred in the TV series like Chuck, Royal Pains and Ugly Betty. She has been awarded with Model of the Year award at the Connections Model and Talent Convention which was held in 2003.

Talking about her personal life, she started dating American tennis player and finally got engaged with him. She got married to him in a private ceremony in presence of their family and friends. The couple has a very good marital relationship with mutual understanding. Thus, the couple is unlikely to get divorce at the moment. There is no news about her getting pregnant and conceiving baby.

Professionally, he is an American professional former tennis player. They first met each other at 2007 Davis Cup final.