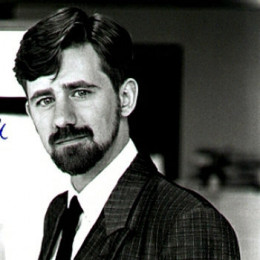 A Canadian actor who is popular for starring as John Fitzgerald Byers on the television series The X-Files. He completed his graduation from University of British Columbia. When he was young, he was an avid fan of skating and he was trained to be a professional ice skater. Beside X-Files, he has also starred as Byers in the spin-off series The Lone Gunmen which was aired in 2001. He has mad guest appearance in TV series like Smallville, MacGyver and The Outer Limits. He is also one of the founding member of Vancouver summer Shakespeare festival.

Talking about his personal life, he is already tied in knot with his longtime girlfriend who professionally is a dance teacher. They first met each other at their Junior High School where they used to study together. But their romance started only when they studied together in University. It is not known if the couple has been parents. So there is no information on their children. Since he is maintaining healthy relationship with his wife, there is no question of arising divorce between them.

They used to study together at Junior High School. She is a Drama teacher at a local secondary school.