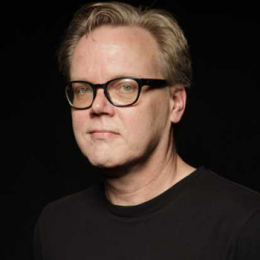 Bruce Timm is well known in the entertainment industry as a character designer. Along with that, he has also been a successful animator and producer. It is not a subject of his interest but he has also made some acting contributions in various animation series. With varied early career, he struggled and worked for various companies to prove his prominence and unprecedented talent in this sector. His notable works include Batman: The Animated Series, Batman: Mask of the Phantasm, Superman: The Animated Series, Justice League, Freakazoid! and many more.

Bruce Timm is a married man and has a daughter too. However, he has a low profile life and details on his personal life remain undisclosed. He can spend days working on characters and he enjoys his work. His imaginative power and art skills bring life to the characters. His designs and art works rarely have flaws. His contribution can be considered a revolutionizing one in the animation industry with all the characters he made popular and ever printed in our childhood memories.